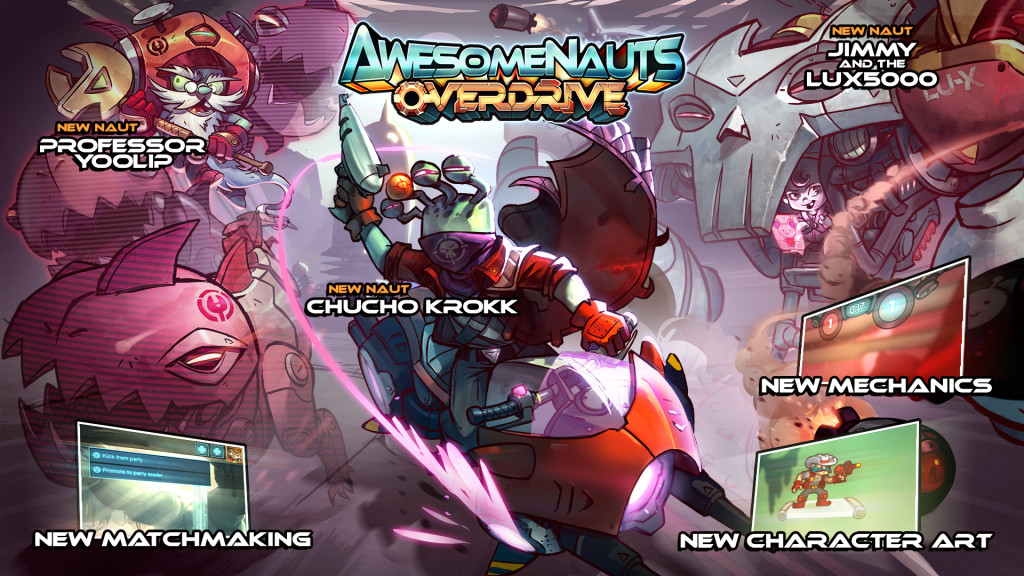 Today Ronimo is ready to announce a new expansion for Awesomenauts, called Awesomenauts: Overdrive! The expansion will be released in Q1 2016 and includes a massive overhaul of our matchmaking system and updates to core game mechanics! In addition to these features, Awesomenauts: Overdrive will add three technologically-advanced characters to the playable roster, and brings visual improvements to various aspects of the game, including a complete visual rework of fan-favorite Sheriff Lonestar!

Awesomenauts has received lots of post-launch support and content updates over the last three and a half years, this was just the start though. Now the time has come to kick things into overdrive! Awesomenauts: Overdrive is coming! To keep up with all the details on what’s coming, keep an eye on the new Upcoming Content page!

If you want to get in on the premium Overdrive content, pre-order now and get the Clockwork Yoolip skin for free on top of the awesome three new characters!

Also releasing between now and June 2016, but not released as part of the Awesomenauts: Overdrive expansion: