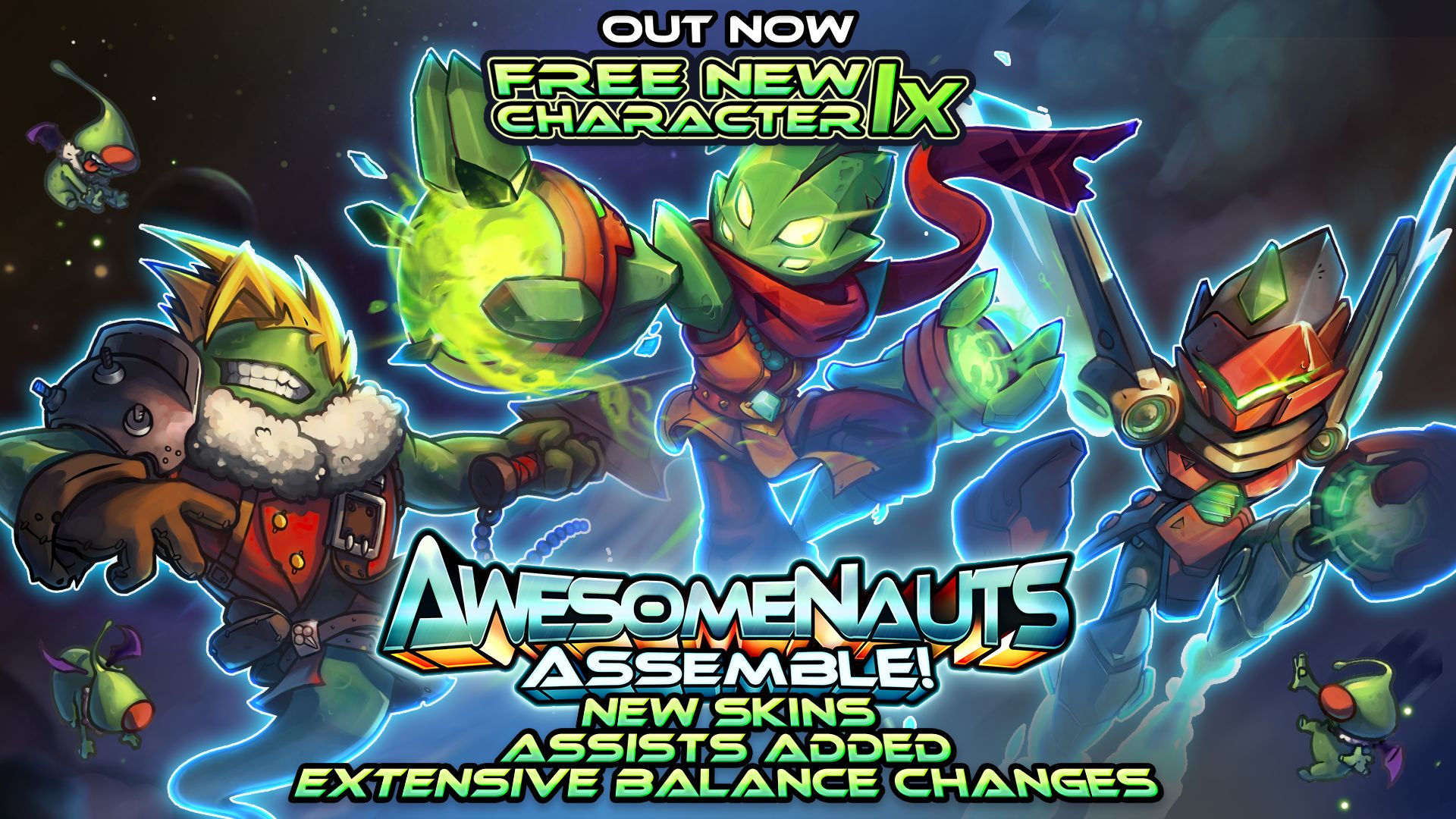 The latest update for Awesomenauts Assemble! contains a brand new character called Ix the Interloper. This character was designed in cooperation with the Awesomenauts community and is one of the most unique Awesomenauts in our line-up! Ix the Interloper is a character who can bond with other characters and swap places with them, allowing Ix to move friendly ‘Nauts out of harm’s way and opponents out of position. To complement this ability, Ix is also able to assume an ethereal form that renders the character invulnerable for a short period of time.

On top of being designed by the Awesomenauts community during a Design-a-Naut contest, Ix even has a theme song produced by community member MrMacke, who has been making acapella covers of Awesomenauts song for years.

In addition, we’re adding Assists in this update to reward players for participating in team takedowns, and are addressing a lot of small issues to improve the overall user experience. This is the first update we’ve released for the Xbox One version since the game launched in September, and we’re also fixing some platform-specific issues players encountered there, including some problems with Achievements!

We’re currently working on a new character called Max Focus, and he’ll be included in the next update for consoles. We expect to release that update early next year.

2017 is going to be a very exciting year for Awesomenauts, and we have lots of content lined up for all versions of the game. We’ll continue to keep the console versions updated frequently.