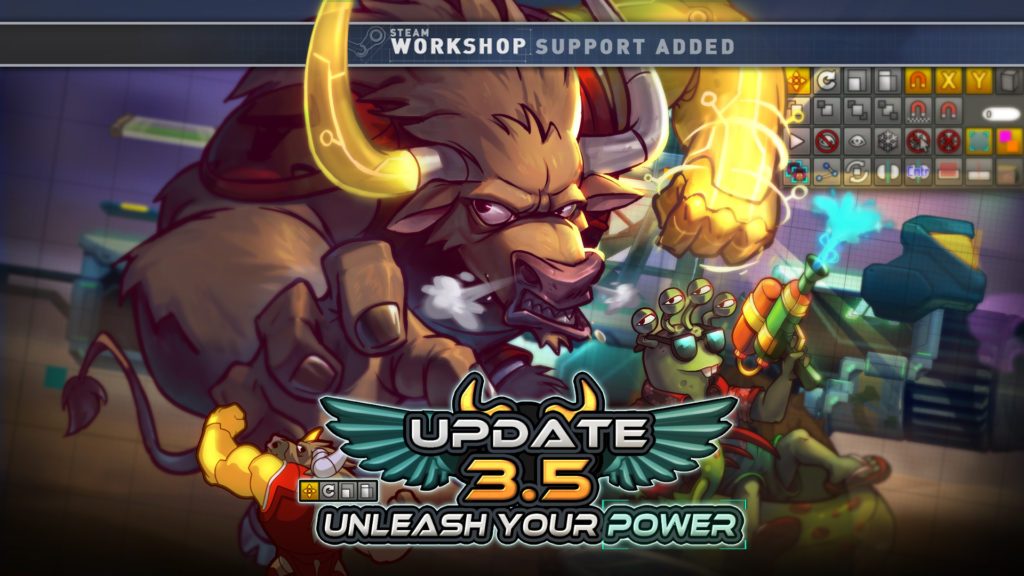 Awesomenauts 3.5: Unleash your Power has been out for over a week and during the Streamisho last Wednesday we discussed hotfixes, community news and a great community map!

We’ll give you a rundown of all the news from the Streamisho here, but if you rather watch it on Youtube, you can do so here:

Joining the competitive scene
One of the competitive community members, eddster_27 talked about how interested players can join the competitive scene. The best way to start is by getting some friends interested in playing in a premade team. It will be a blast to play with them and you’ll grow into an experienced team quite soon!
You don’t have to participate in all tournaments right from the start, and the increased synergy you get from playing with the same people regularly will make a team successful even when the skills of a team are not the best.

The Scrim Portal Discord server is there to hop in and play matches on a competitive level but you don’t even need a team to play! Just join the server and ask around if there are people interested in playing with you. You can get tournaments information and play with the competitive community on this Discord server: https://discord.gg/G7cKBXU

Lagura Beach/Beach Party!
It’s that time of year again, when all the nauts receive their mandatory vacations, and what better way to spend all this free time, than going to the famous resort Lagura beach? Unfortunately, another company had the exact same idea, and the beach isn’t big enough for all of us. Clear ‘em out, trash their hotel lobby, and claim your spot in the sun!

Beach Party! was played on stream yesterday and if you are interested in trying it out yourself, you can do so here: https://steamcommunity.com/sharedfiles/filedetails/?id=878135743

Hotfixes:
The last two hotfixes were both released within a week of the Awesomenauts 3.5 launch. The first patch addressed several crashes and disconnects while browsing or playing custom games. The second patch addressed crashes while playing Deadlift on Mac or Linux. If you want to read up on the patch notes, find them here: http://www.awesomenauts.com/forum/viewtopic.php?f=6&t=49317