Yesterday marked the last Streamisho before Awesomenauts goes Free-to-Play! The launch of Awesomenauts 4.0 will be on May 24th and a lot of news was announced before the big release. We will cover the news below, but you can watch the VOD on Youtube here

Update 4.0.3
In this update, which launched earlier this week, we improved the scoreboard based on community feedback and we will continue to iterate further to make it even more awesome!

Ammo bars were added for characters that use ammo-mechanics and the new visual help notifications for skills can be enabled/disabled in the settings. Check out the full patch notes on our forum

Reddit AMA
We will be doing a Reddit AMA today (May 18th) at 17:00 EU (the same time as the start of the Streamisho). Here is the countdown timer, if you’re not sure about when to tune in: Countdown timer

The AMA can be found on: https://www.reddit.com/r/IAmA/
Have your burning questions ready!

New ‘Naut
An old newspaper was flying around in space and the readers discovered that a group of space mercenaries escaped from prison on Carcaco back in 3584! The new ‘Naut joining the game in Update 4.1 might have something to do with their breakout! 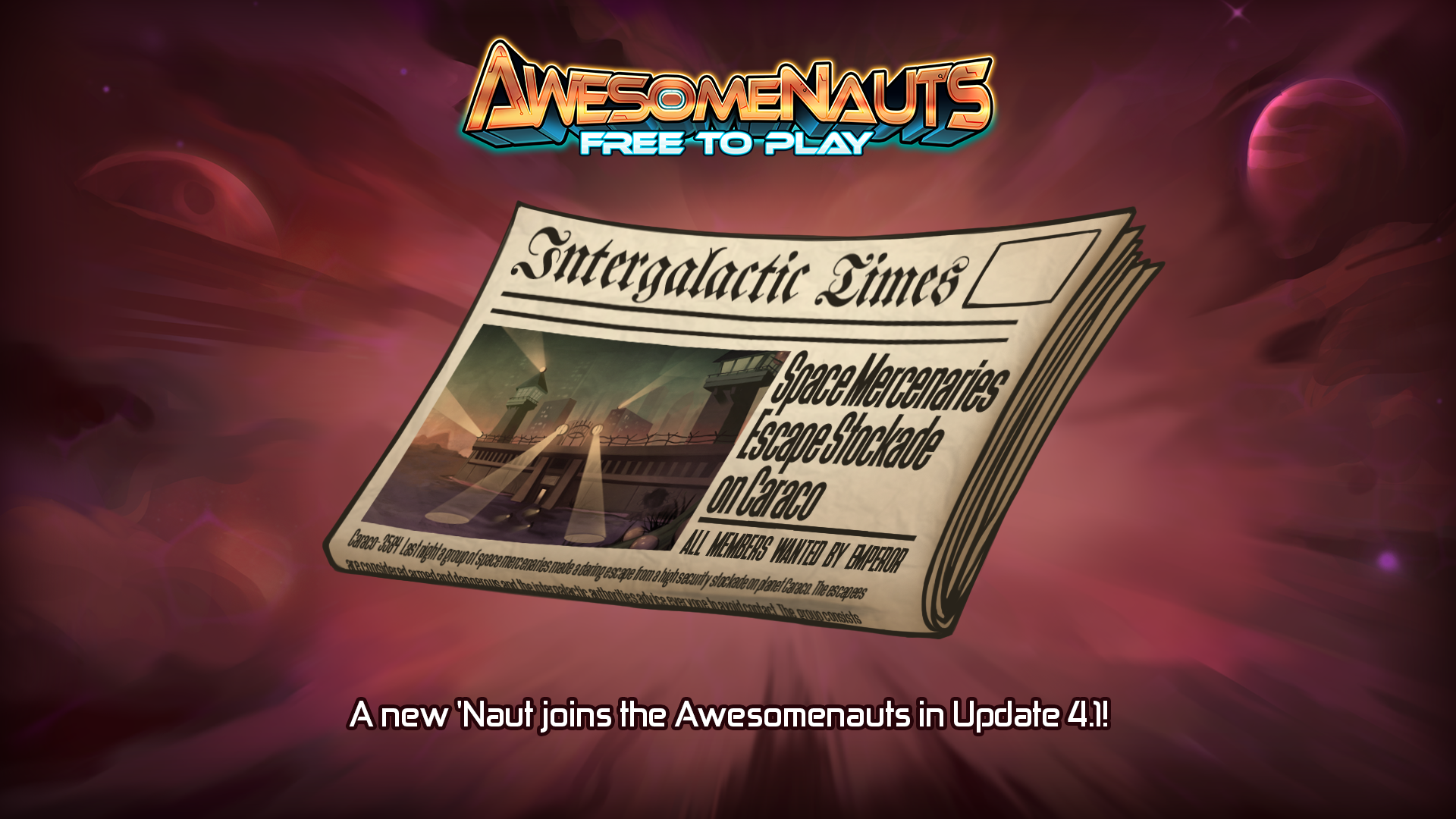 ALP
The Awesomenauts League Project announced that there will be 3 events coming soon! Rookie Royale, Console Clash, and The Showcase were all announced during the stream. The sign-ups for the Console Clash and the Rookie Royale will start May 20th and May 24th respectively.

Check out this forum post for updated information on the announced tourrnaments:
http://www.awesomenauts.com/forum/viewtopic.php?f=6&t=47140&start=20

Workshop highlight
In Squadnauts by CationF , every player will spawn with the same ‘Nauts following them (Lonestars spawn Lonestars, Clunks spawn Clunks, etc).
They have a special custom AI and will follow you wherever you go, meaning you can have huge battles with lots of characters on screen!