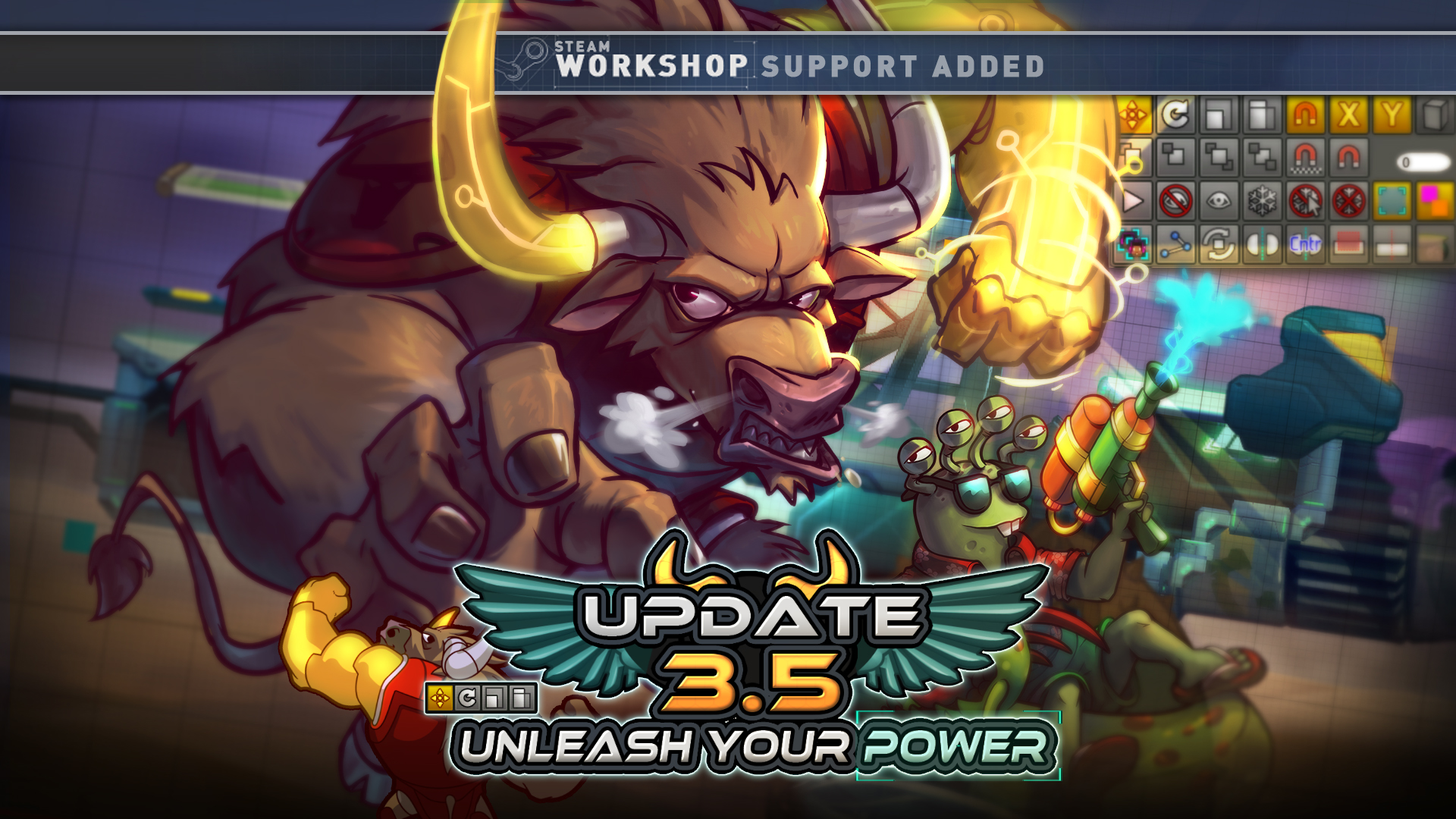 There were several announcements during the last Streamisho and we will give you a rundown of what happened in the universe of Awesomenauts!

If you rather watch the VOD, you can do so here:
https://www.youtube.com/watch?v=myzGNMdw6XU&feature=youtu.be

Community news
The Arena League Grand Finals were played last weekend and the Little Boys played against Team Brunch. Team Brunch came on top during the finals and took away the grand prize! We would like to thank the Arena League for hosting the event and all the participants for joining it. If you want to check out the matches, you can do so here:
https://www.youtube.com/watch?v=PZp2cPEnrqY

Announcements
There are many good things to come in the future of Awesomenauts and in order to make this change, we have to adapt or even remove some of the existing features of the game.

Prestige
Only four more weeks to get prestige levels! The current system will be replaced but the icons you get now, will stay when this system is gone. You can also choose which of the gained icons you want to show off ingame!

Crowdfunding
After all the kickstarter features have been released, we are closing the crowdfunding in three weeks from now. Crowdfunding pledges will still be possible if you really want to get Ghost Leon, Cyber Coco, the Voltar announcer and the Gnaw announcer. All donations will still be going into the development of Awesomenauts

Level editor contest
The level editor contest was announced during the Streamisho and submissions are possible as of now! Everyone who owns a copy of Awesomenauts and abides by the rules is allowed to participate in the contest. The competition runs from the moment of announcing the level editor contest until the Wednesday 19th of April, 17:00 EU, 16:00 UK, 11 AM Eastern, 8 AM PT. The winner will be decided by amounts of upvotes at the ending time of the contest. Upvotes will be counted at this moment and the winners will be announced on our Streamisho. Check out the exact rules and prizes here: http://steamcommunity.com/games/204300/announcements/detail/646670849582308741