Awesomenauts: Starstorm is the crowdfunded expansion for Awesomenauts that was succesfully kickstarted in 2012. Starstorm adds five powerful new Awesomenauts to the game, the space videogame hero Ted McPain, the technology worshipping Skree, the spymaster robot Sentry X-58, the starscout Penny Fox and the interdimensional dragon Nibbs. For more details on these characters, be sure to scroll down.

Steam (requires Steam to be installed on your system). 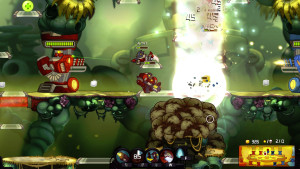 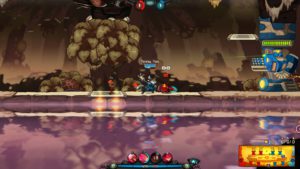 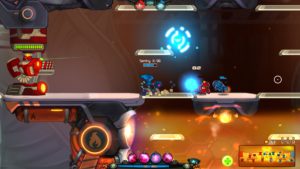 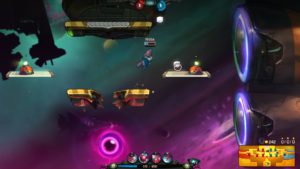 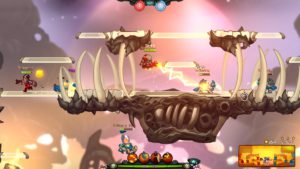 The Starstorm Expansion is a paid add-on that brings five kickass new characters to the game.

Ted McPain was one of the great heroes of the first AI Wars, a long time ago. Long after his eventual heroic demise, he lived on as he became the star of various video games: Ted McPain I through XVII, Ted McPain: Zombie Blast, Ted McPain vs. Evil Ted McPain and Ted McPain Unicorn Dance Karting.

Now Voltar managed to re-materialize Ted. The Ted McPain that appeared, though, was missing his pants for unknown reasons. 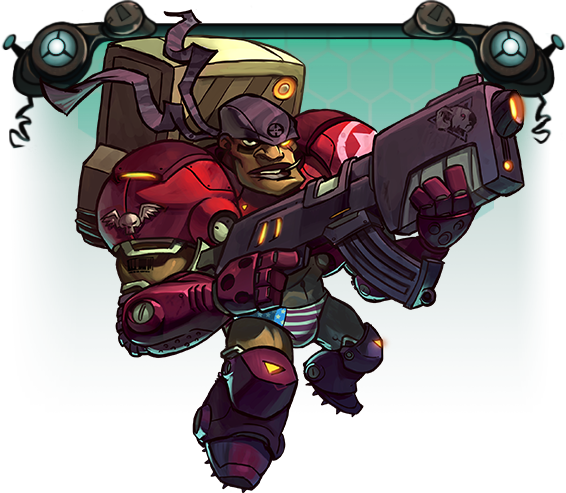 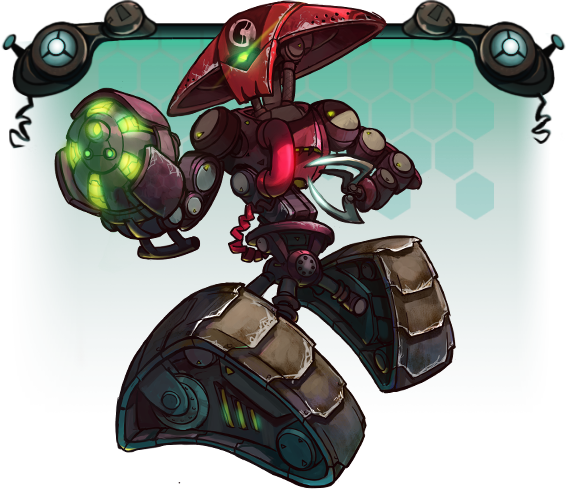 Sentry is a robot built for infiltration, fooling enemy troops by mimicking anything from an umbrella to a phone booth.

After re-activating aboard the Starstorm and finding it overrun by hostile mercenaries, Sentry chose to join them undercover. Biding his time to exact revenge, gathering enough Solar to buy a very serious tank. One with a shark printed on the front!

This powerful but superstitious techno shaman, found himself all alone on the abandoned Starstorm, filled with mighty looking robots. Thinking the disabled robots were gods, he spent his time collecting different parts of the battle station to create shrines for them. Unfortunately he activated the mainframe of the Starstorm by accident, re-powering the entire battle station!

Frightened by his now activated robotic gods, Skree decided he didn't want to worship them anymore. What better way to travel the universe in search of new spirit-gods, than to join the Awesomenauts? 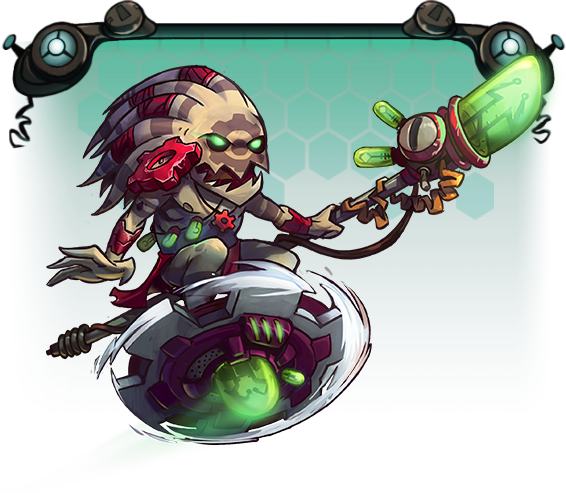 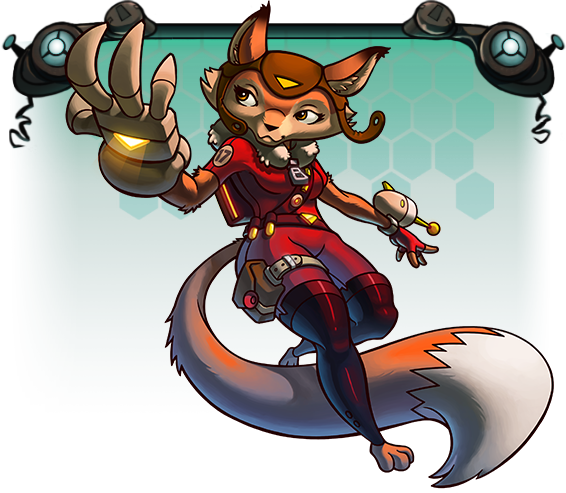 Honorary Star Scout Penny Fox is on a personal quest to rid the galaxy of all evil. In pursuit of these lofty goals, she has traveled all over the worlds to collect weird aliens and put them in jars for her private collection.

During her latest travels her scooter broke down in the Raki system, forcing her to scour for spare parts on the nearby Starstorm station. It is there that she found a mysterious robotic claw, which would lead her to the adventure of a lifetime!

Nibbs is a dragon warrior in service to the Sisterhood of Coba. This demonic group was bound to the Omicron dimension who, as soon as the Starstorm ripped a hole in the continuum, started an invasion of conquest.

Right after going through the portal, Nibbs's ship landed on the space station. Scouting around, she mistook Gnaw's tail for a juicy piece of fruit. After he was bitten, the startled Gnaw led her right back to the Awesomenauts who managed to convince her to stay with a wide variety of exotic treats. 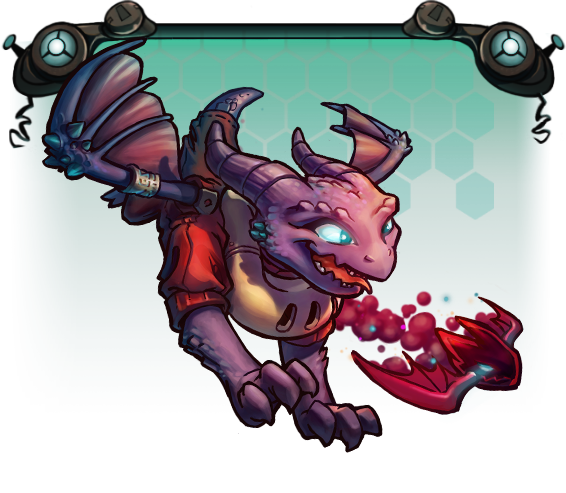